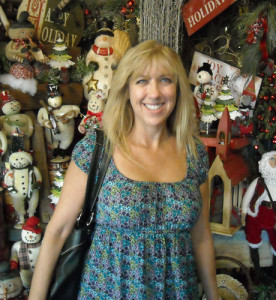 Kathy Rojas, Patient Care Manager at Hospice Care of the West, arrived at Eli’s home in Leisure World. The doctors were at a loss with Eli. They just couldn’t make him comfortable. He wouldn’t eat or drink because he no longer liked the texture in his mouth.

Kathy walked into the kitchen to find Eli, a frail man in his 70s, siting at the table. She sat down next to him.

“My mouth is so dry,” he cried repeatedly. Kathy sensed the dry mouth was connected to something more.

“Have you seen your family?” she asked.

“It would be nice to have them here, so they could be around you. And you could talk. I don’t think they’d mind if you can’t take them out to Sea World.”

“Is there something that relaxes you, like music,” she said.

“Well, why don’t we listen to your music,” she said.“You can listen, and enjoy what you have accomplished.You know we have a home health aide, Marcello. He can give Robert a break. And come in, clean you up and you’ll feel like a new man.”

Robert was Eli’s caregiver and partner. Kathy turned Eli over to one of her best nurses, Jessica Bourbeau. The next day, Marcello came in and gave what Eli raved was the best bath ever. Eli began listening to his music. He called his family. And they joined him. Five days later he passed peacefully in his home.

Kathy has been a Licensed Vocational Nurse, LVN, which meant she had to practice under a Registered Nurse for 20 years. The last five years, she began to focus on becoming a RN. Kathy dreamed of becoming a nurse since she was a girl. In her Long Beach home, she would turn over her baby doll’s crib and transform it into an examining table, then dress up in her nurse’s costume and care for her dolls.

She was very close to her father. He always had high hopes that she would one day become a RN. He suffered from a massive heart attack at age 40 and was pronounced dead in the grocery store. A nurse revived him by administering CPR. From then on, he dreamed of the day his daughter would become a cardiac nurse. But after high school, she followed another dream to become a fashion merchandiser and married young. The fashion path petered out. Kathy became a mother and later followed her calling to get her LVN. She was on her way, until a divorce left her alone as a single mother of two.

Becoming a RN was no longer a top priority. She had to care for her daughters, and later a family member who was quadriplegic in her home. At the time, she worked in home health. The experience transformed her care as a home health LVN, Kathy realized that a caregiver also needs to be cared for, not just the patient. That revelation led her into hospice care focused on treating the patient and the family at the end of life. She joined a new team at Hospice Care of the West and Pam Willey, RN, became her mentor, and encouraged her to make her dream of becoming a RN a reality.

Yet, Kathy didn’t pursue that dream until a wake up call on Fourth of July, five years ago. Her father committed suicide. He was a veteran and at his funeral, his mother cried with a heart full of regret. Kathy remained

composed during the service, having to help her mother.

Shortly after his passing, she attended the death of one of her patients. Kathy broke down when the patient’s body was carried out. It’s so final. From then on, she cautions families and all of her nurses to prepare for the body of a loved one to depart from the home. She asks the family if they would like to bath and dress the body, in the case of veteran, she makes sure he is in uniform, so that he goes out with dignity, and honor.

“When a patient passes, I make sure our nurses aren’t just going there to pronounce and leave, because the family needs us,” she said. “I attended a death in Long Beach, and while I was charting, I saw a picture on the wall of their Dad in the service. So, I asked about him and the stories of their father just poured out. They were so happy and said, ‘Wow no one ever asked us that before.’ You just have to pick something small to talk about and watch the patient or family just open up.”

Kathy reflected that the Celebration at Hospice Care of the West reminds us of the power in celebrating our patients every day, even if it’s something as small as just asking about a picture hanging on the wall above the bed. That conversation becomes a celebration of his or her life.

Recently, Kathy received a tribute of her own at the Hospice Care of the West Celebration. A few months ago, she passed her State Boards. Today, Kathy is a full-fledged RN.

“My Dad never got to see me become a hospice nurse. I did it for him,” she said. “And I always tell my daughters now, to follow your dreams and never give up, no matter how long it takes, you can make your dreams come true.”