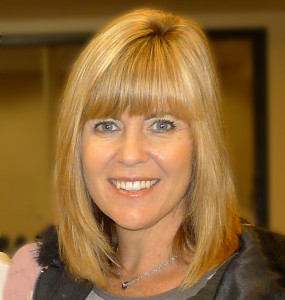 Karyn Randall, Business Development Director, at Hospice Care of the West, is a hero for saving the life of Pat at Don Jose Restaurant in Anaheim.

Recently at Don Jose restaurant for lunch in Anaheim, Karyn Randall, the Business Development Director at Hospice Care of the West, heard a man shouting “HELP, HELP, HELP” coming from the lobby. Curious, she stretched her neck around the corner to see an elderly man embracing a lifeless woman.

Karyn felt a rush of adrenaline. And she threw her purse to Debbie Robson, Executive Director of Hospice Care of the West. Karyn felt herself shaking, as she ran to their side to help.

She looked down to see Pat’s face turning ashen and eyes rolling back. Her body was seizing. Karyn checked her heart.  No heartbeat. Her own fear subsided as she felt an out of body experience. She started chest compressions and giving CPR. Karyn focused on counting but still could hear the elderly man’s voice echoing.

“Please stay with me Pat,” he said repeatedly in distress.

Within minutes, the life sweep back into Pat as color returned to her face and her eyes stopped rolling. Karyn checked her heart. It started beating again.

“Can I have my fajitas now,” Pat said as she came to. The ambulance showed up shortly after to take Pat to the hospital.

Karyn sighed a breath of relief.  It took a lot of courage to save Pat’s life, as that was the first time Karyn performed CPR.

Ironically, growing up in Orange, Calif., one of six girls, Karyn recalled having a fear of hospitals and anything to do with medicine until shortly after her 21st birthday.

Karyn carried her sick 18-month-old nephew, Alex, into the pediatrician. A battery of tests followed. And then the doctor delivered a cancer diagnosis with a one percent chance to live.

“We’re a tight knit family,” Karyn said. “But this brought us all even closer. The doctor recommended that we all learn CPR for Alex.”

The family lived with Alex at Children’s Hospital of Orange County everyday in shifts around the clock. Karyn grew a bond with the doctors, nurses and the families at the hospital.

“I couldn’t stop asking questions of the doctors and nurses,” Karyn said. She needed to know the details of the code blues and every treatment. A family member was always at his side as the life swept in and out of Alex. Even if he survived for a few years, the doctors said he would have limited brain capacity. And in her family’s darkest hour, Karyn felt a calling.

She enrolled in college to get her Licensed Vocational Nursing degree. After graduation, she joined a duo team of pediatricians in Orange. Her personal experience gave her an inner strength to guide families grappling with a sick child.

“I became a positive role model for the families,” she said. She advised families to live in the moment. A year later, Alex was released from the hospital and given a clean bill of health. The doctors at CHOC believed it was his mother and family’s positive attitude and constant vigil that kept him alive.

By Alex’s next birthday, Karyn was ready to transition out of pediatrics as she met and fell in love with a firefighter. They shared a passion for helping people in need and soon married. After the wedding, Karyn’s focus turned to starting her own family. She transitioned out of pediatrics and into marketing for a nursing home.

“My passion is geriatrics,” Karyn said. She saw her mother’s love for helping people and “do, do, do” nature in every lady in the nursing home. And her father’s drive for working to support his family lived in hearts of the men.

Two years after her wedding day, she gave birth to John Thomas.  He made her see the world differently. Sure she was a worrier because of her experience with Alex. Eventually, she took her own advice to live in the moment and bask in the joy of motherhood, whatever that brought her way. Four years later, Karyn birthed her baby girl, Annie.

As her family grew, her career in geriatrics evolved. A friend suggested she join a hospice company. Karyn’s initial reaction was “Heck no, I’m afraid of dying”. Again, her fears gave way to a deeper calling. Hospice brought together all the threads of her life experiences. She became a pillar of positive support for the families in hospice care. Four years into her hospice career, she received a call to join Hospice Care of the West. She refused, but not for long.

A week later, Karyn’s grandmother needed hospice. She gave her business card to the hospital nurse and just assumed they would call her hospice company. She then went home to prepare for her grandmother’s homecoming.

The doorbell rang and Karen Rose, R.N. a Hospice Care of the West admissions nurse stood on her doormat. Out of curiosity, Karyn invited her in. She watched in amazement. This nurse spent four hours with Karyn transforming her home into a comfortable place for her grandmother to return.

“I was like holy cow,” Karyn said. “I’d never seen a nurse work with a family like this before. It was phenomenal, the only thing I could think of was everyone deserves care like this.  The admissions nurses I worked with were in and out in an hour. Often I stayed with the family because I didn’t trust the nurse to support the family through the early hours of their transition in hospice.”

“I feel honored to share hospice with doctors, families and patients because I know that we all feel lucky to be there for them and I know in my heart, I buy cialis discount can deliver on every promise,” Karyn said.

The word courage comes from the Latin word heart. Karen acts and speaks from the heart. Looking back over her journey so far, Karyn overcame her fears of medicine to be present for her nephew, Alex. That experience gave her the undeniable courage to now be that present light for families. Today, her family celebrates Alex’s recent graduation from college and his seven full-ride scholarship-offers for law school.

After lunch at Don Jose, Karyn realizes you can summon the courage to make anything possible even bringing someone back to life. Karyn received a call from Jerry, Pat’s brother, to invite her out to lunch to celebrate Pat’s life at Don Jose after she gets out of rehab. Pat suffered a massive heart attack, stayed in hospital for seven days, and is now in rehab thanking God everyday for Karyn.

Debbie sent out an email to the Hospice Care of the West team sharing the story of the “Hero Among Us” and Karyn was virtually toasted by her peers via email. One toast from Alan Grotsky said, “Rarely can you go to work in the morning at hospice and SAVE A LIFE.” Another one from Erin Rodgers, remarked, “Way to Go K, you earned your angel wings today.”

As I read the emails, tears welled. I remember the first time that I heard of Karyn. Deb described her as Tinker Bell spreading the light of hospice to doctors, patients and families in their darkest hour. Now, I realize those wings existed long before the day she saved Pat’s life.