Life Review is a universal mental process of reflecting on the events that shaped one’s life set in motion by the realization that the end of life is near. For some it’s more gradual as one ages, but for others on a fast-forwarded journey to the end brought on by a terminal illness the life review can take on a vivid inward journey. A person may revisit pivotal life moments and points of conflict that may require some work in making a mends with people and smooth out the torn edges of broken relationships before one finds the peace to pass on. The reflections are very real, sensory rich. It’s like one is truly reliving that moment of the past in the present. As family members, if we’re smart then we can tap into this inward journey and record in writing, audio or video it in order to preserve precious vivid details of family and personal history.

Dr. Robert Butler, renowned gerontologist and Pulitzer Prize wining author of the book Why Survive? Being Old in America, discovered life review when interviewing a healthy community of seniors for the National Institutes of Health in the 1960s. He said at the time, they didn’t even know what a healthy blood sugar level was of healthy seniors, because all studies of the aged were of the sick ones. But he recognized these fascinating inward journeys of their lives as they talked about events that directed the course of their lives for the best, the worse, while giving voice to regrets and lessons learned. He described this life review as a movie of your life playing on a viagra buy film screen in the back of your mind. 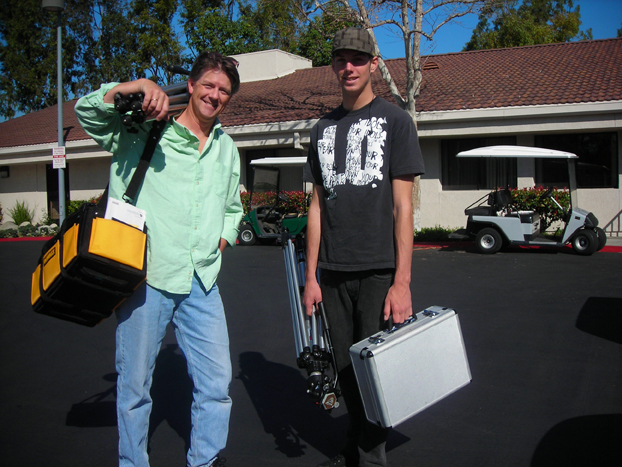 Lights, camera, action. The video camera instantly shifts the mood and atmosphere around the deathbed from a quiet murmur to a quicken pulse of vibrant life. A star for the day, the family helps get the interviewee prepped in a handsome shirt or a pretty outfit with make-up and powder. Often this might be the last time, she rolls on her favorite lipstick, or he buttons up his favorite shirt. Once he or she is camera ready, the family then gathers around their patriarch or matriarch to listen and participate in a life review interview video recorded to preserve precious personal and family history.

In preparation for the life review, Donna Miller, Director of Volunteer Services at Hospice Care of West, requests the family on the eve of the interview go through old family photo albums to pull out pictures that will tell his or her life story in pictures. When Donna arrives at the home, she sets up the camera. She then suggests that the family all give the interviewee a hug and kiss while the camera is rolling. That usually breaks the ice and instantly warms the atmosphere.

A life review video taps into that inward journey through an interview guided by a willing listener, a hospice volunteer or a younger generation family member. The video camera provides a unique stage and setting to gather the family together to listen to their father, mother, spouse or sibling, share his or her life stories. Donna has a list of interview questions that guide the person on tour on his or her past experiences starting with birth that branch into reflections about his origins such as his parents, grandparents and birthplace. The interview then progresses into childhood memories, sibling reflections and school days. Just as you might envision a life, the interview then delves into adolescence, sports and friends. Young adulthood reviews falling in love, going to college, or off to war, getting married and starting a career. Parenthood explores creating a home, giving birth and raising children while balancing home life and an advancing career. Some people talk about their hobbies and how world events shaped their lives. Others talk about how religion and spirituality played a role in their life path.

The questions about these life stages provoke reflections of challenges, mistakes, successes and the comparisons between now and then. The conversation turns to family holidays, vacations and traditions. This dovetails into a discussion about how morals, values and life goals served as a compass in life and the family life. As the conversation turns to growing old, or becoming sick, the interviewer brings up regrets and then the interviewee shares hopes for his children, grandchildren and future generations.

This amazing, new end of life ritual that Donna has created simply by bringing in a list of questions and video camera to the bedside is an incredibly therapeutic and socially beneficial experience for the family to often find the courage, words, voice and most importantly the stage, a bridge, to say the heartfelt things, we often wish we could say at the deathbed but never feel the time is right, because when is it the right time to say good-bye, I love you and share the stories, or lessons learned from your parent or sibling that made you who you are today. The life review is not only for the interviewee to say the things he needs to say, but it also provides this gathering, this invitation for the whole family to participate in reminiscing. The video is then edited with pictures and music for the dying person to bequeath his legacy of memories to his family before his last breath.

The completion of a life review Dr. Butler suggested helps people reintegrate the meaning of their life and become able to openly accept their death while simultaneously increasing their ability to live and enjoy the present. He suggested that a life review isn’t just a one-off interview and collection of relived memories, it’s a psychological developmental process as one comes to terms with the life he or she lived.

More recently, doctors have begun researching the benefits of recorded spoken legacies similar to the life review video that taps into the life review. Dr. Harvey Chochinov, Director of the Manitoba Palliative Care Research Unit, Winnipeg, Manitoba and a psychiatry professor at the University of Manitoba, said that leaving a spoken legacy is important to both patients and family members. Dr. Chochinov led an international clinical trial, supported by the National Institutes of Health of the United States, to explore the impact

of “dignity therapy” that engages patients in extended conversations about issues that matter most to them; dreams for their loved ones; last words they want to express before they die and particular achievements or qualities they would most want remembered. These meaningful discussions are tape-recorded, transcribed and edited, with a final version returned to the patient to bequeath to their kindred. Researchers call this transcript a generativity document to provide a permanent record that will live on when the person dies.

In August 2005, the results of a pilot trial were published in the Journal of Clinical Oncology. Ninety-one percent reported being satisfied with the study and 76 percent reported that the dignity therapy heightened their sense of purpose and will to live. Eighty-one percent said their family members cherished the transcribed oral legacies. Post-intervention showed significant improvement in reducing symptoms of distress and depression and increased will to live.

The evidence reports that patients suffer deep angst from an assault on generativity, ie the idea that “nothing of who or what I am will last beyond this lifetime, that I will soon die and the my memory will fade.” These video recorded interviews that tap into the life review or audio-recorded spoken legacies transform the intangible life stories, values, wisdom, hopes and dreams for their children into something tangible that they can leave behind and will live on in the hearts and minds of their children.

Even Randy Pausch, a computer science professor at Carnegie Melon with terminal pancreatic cancer and author of the National Bestselling book, The Last Lecture, talked of how he wasn’t very interested in giving a last lecture that professors often give when retiring until he received the news that he only had months to live.  Suddenly, facing death at 47, he had a growing urge to piece together a lecture that may in fact pass on words of wisdom not only to his students but more importantly to his three young children that he was forced to prematurely say good-bye to.  Pausch knew the last lecture would be video recorded. He knew that it would be his last chance to speak directly to his children.