If you knew your time w 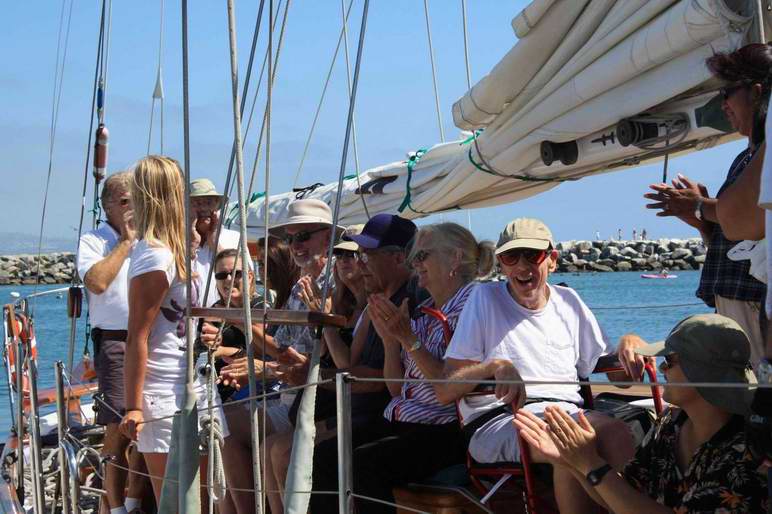 as short, and someone offered you a last wish, what would you ask for? Caitlin Crommett, the 17 year-old Founder of Dream Catchers, started an organization two years ago to make last wishes and dreams come true for hospice patients at Hospice Care of the West.

She was inspired by the movie “Patch Adams” about a doctor who “cared about making his patients happy rather than just treating their disease.” The spark for Dream Catchers came while watching a scene in the film when Patch Adams talks to a woman, nearing the end of life, about why she no longer wanted to eat. He discovers she’d always wanted to plunge into a pool of pasta. He grants her wish.

Caitlin has never encountered a dream quite so zany, but she has made a variety of dreams and last wishes come true since 2009. She had been volunteering for Hospice Care of the West since she was in seventh grade because her father works for the company. So, she had some experience and knowledge about the fragility of this stage of life. Yet, her experience in hospice isn’t what stands out about this exceptional young woman when

you meet or in my case interview her, it is how articulate and compassionate she comes across. She made her own dream about Dream Catchers into a reality by creating a brochure about her vision and then attending a meeting with the team at Hospice Care of the West to request that they offer her service. For those unfamiliar, a dream catcher is a Native American instrument reminiscent of a net or web with a handle that is hung over the bed to catch good dreams and keep the bad ones out. 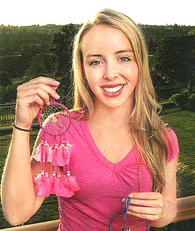 The first dream that landed in her dream catcher was from a lifelong sailor. His name was Bernie Klein and he could no longer verbalize his last wish, so his wife made it for him. She knew that although he was wheelchair bound, one more sail in the fresh, salty, sea air with friends and family would make his life feel complete. Caitlin decided that she could charter a sailboat with a captain to take Bernie and his crew out for an afternoon at sea to celebrate his love for the ocean and sailing. They left the dock in Dana Point and glided into the Pacific on a classic 82-foot schooner named Curlew. Though, he couldn’t talk the brilliant smile on his face was worth a thousand words to Caitlin and Bernie’s wife.  The sun kissed his face while the wind tickled his cheeks and blew through his hair, all sensations he was familiar with, but missed in his diminished state. He could even for a brief moment forget about his condition and bask in one last sail.

She made Bernie’s wish come true with the help of her parents. Caitlin drew from a saving account that her parents set aside for her to go to private school, but once the word spread through the local media about Caitlin’s amazing vision she started receiving donations from the community. She founded a non-profit organization and a club at her high school to be able to accept donations. Caitlin now has a team of Dream Catchers at Tesoro High School. Together, they work on making dreams happen and hand-making dream catchers to bestow on each dreamer once the wish is granted. She’s served gourmet dinners, taken families to Disneyland, set up family reunions, gave the gift of sight in the form of eyeglasses, brought an orchestra into the home and the list goes on. But the most moving experience for Caitlin occurred when she received a dream from Larry Robinson, 75 years old.  He wished to see his sister one last time. Caitlin has a sister of her own and couldn’t possibly imagine being separated especially in the eleventh hour of life.

Caitlin called his sister, Marilyn Rands, at her home in Washington. She introduced herself, shared Larry’s dream and then offered to fly her out to California to spend time with her brother. It had been six years since they spent time together. They both missed each other. Caitlin had honestly never received so much gratitude in the hugs from Marilynn upon her arrival at the airport. When they arrived home, Larry waited in the hospital bed set up in the living room. He had been steadily declining, losing energy but he beamed when his sister walked through the front door. Caitlin saw him just completely transform, he sat up and was shining. Marilynn sat down at his bedside and embraced him. He just kept repeating her name between long, grateful hugs. 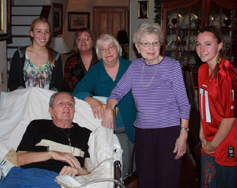 “Marilynn,” he said smiling and savoring each hug. “Oh, Marilynn.”

Marilynn kept saying over, over “I love you, I love you.”

As they reminisced, Caitlin was so touched by their heartfelt reunion that she had to hold back tears. She then brought over an Italian dinner with dessert donated by Tutto Fresco for them to dine the following night. For some reason this dream, she really felt like a part of the dream, like she was participating not just making it happen. After dinner, as customary, when she fulfills a dream, she hung a small dream catcher next to Larry’s bed to remind him that last wishes and dreams do come true.