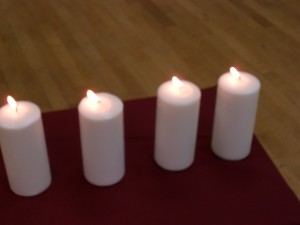 The Four Candlelight Ceremony helps Marty Cazeau, a recent widower, express his grief and celebrate his wife’s life at a Hospice Care of the West grief group and memorial service.

Marty Cazeau observed the fire flickering above the first of four candles in the company of fellow survivors at a grief group. The candlelight ceremony recited by Vanessa Shaffer and Linda Guthrie, bereavement coordinators at Hospice Care of the West, gave expression, a meaningful language, to his inner turmoil.

The First Candle Lights Our Grief

The light of the first candle represents our grief. The pain of our loss is intense, but it reminds of the depth of our love.”1

That morning, Marty relived the dark hours that led him to the first day of this grief group. His life stopped at 7:30 p.m. on April 30, when the frenetic battle against breast cancer ceased. Diana, his 52 years old wife, lay lifeless on a hospital bed in their home.

“Not yet,” he silently whispered to her. “We still have a long way to go.”

The adrenaline he’d been living on receded. Pure exhaustion enveloped his numbed 54-year-old body. He couldn’t believe his eyes and tried desperately to recount the events that led to this last station of their life. The call from the hospital, Diana ripping out the tubes and hoses, her pleas to go home, the ambulance ride from the hospital, the arrival of the Hospice Care of the West team to bring Diana comfort care at home and hours later her last breath.

He recalled speaking to Vanessa from Hospice Care of the West that day. After the death of a hospice patient, the family becomes the patient receiving bereavement support from hospice for 13 months through the first anniversary of death.  She assured him that the eight hours it took him to go to his son’s house that day was normal because of his suspended state of shock and numbness. Vanessa explained healthy responses to grief—confusion, a sense of unreality, poor concentration, forgetfulness and constant thoughts of the deceased— could define his day to day.

After Diana’s memorial service and visits from friends tapered, he leaned on the grief group, a place once a week, where he could openly cry and share his loss with empathic people.  Vanessa and Linda, the group leaders, guided the meetings to progress toward what they called creating “a new normal” life.  They started each group with a quote that would inspire discussion in the group. For example, they read this evocative quote from author Daphne Du Maurier.

“I must force myself to look upon the familiar things, the coat hanger on the chair, the hat in the hall…To ease the pain I took over some of his things for myself.  I wore his shirts, sat at his writing desk, used his pens to acknowledge the hundreds of letters of condolence; and by the very process of identification with the objects he had touched, felt the closer to him.” 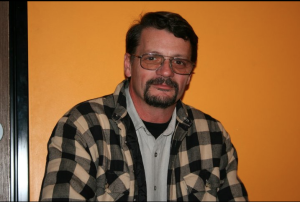 Marty Cazeau, 54, started a grief group at Hospice Care of the West. He found empathy and a common bond with the group that helped him do the transformative work to find a “new normal” after losing his wife.

Marty felt the quote was helpful in being able to reactively respond because his grief was so vast to just a have general questions such as “How are you feeling?” that he experienced in other less penetrating grief groups often left him stumped for words. Most days, he felt like a melted box of crayons so it was difficult to pull out just one that summed up his feelings.

Since the grief is so hard to define and express, Linda and Vanessa provided a map or guide to inspire the transformative work needed to reach recovery from loss. They suggest writing a letter to your loved one to help organize and express the confusion with the course of events that led to the death. They ask questions like “What do you wish you had talked about with your loved one?” And “What are you glad you discussed with your loved one?”

The Second Candle Shines For Our Courage to Change

On week four, the group focused on releasing the harbored grief, fear, pain and guilt. Linda and Vanessa posed questions—What do you miss most? What do you not miss?

Marty openly shared with the group missing intimacy, the physical contact that he and his wife had. The loss of Diana was so intense that he concluded she had to die first, because there was no way she could’ve survived with this constant wrenching pain of living alone.  Some women in the group talked about how they could never go out dinner again. Or sleep in their bed again. The pain was literally all consuming. At the end of the session, Linda and Vanessa gave a homework assignment to bring a picture of their loved one to the next session. 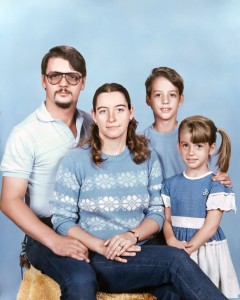 Marty Cazeau brought a picture of his family to the grief group. The photo was taken in the late 1980s, happy times with his wife Diana, son Mark, and daughter Krystal before the cancer struck his wife.

Marty decided to share the family portrait taken in the late 1980s when his two children Krystal and Mark were in grammar school. He remembered how beautiful Diana was and how she loved being a stay-at-home mother to their children. For the first time, her death story shifted to her life story. He felt a surge of pleasure in bringing Diana to life for the group. And he could feel the others come alive in their reminiscences.

Vanessa and Linda gave the group their last homework assignment as the reminiscing that day came to a close. Think about a new normal and write down “what you envision your life to look like now?” They suggested rediscovering hobbies, travel, finding new relationships, and experiencing pleasure in life again.

They closed by lighting the four candles and together the group recited the meaning of each candle. The second one helped focused their thoughts on this “new normal.”

“The light of the second candle represents our courage to confront our sorrow; to comfort each other; to change our lives,” they said in unison. Many choked up with tears during the recitation.

Marty was beginning to realize that nothing was normal. He just had to be open. He took his vows till death do us part. And now that happened. Having lunch or coffee with a lady friend wasn’t wrong. Laughing wasn’t wrong. Eating spicy food that Diana didn’t like could be exciting. Life would never be normal again, but he began to accept no longer living what he once defined as a normal life.

Hope started to fill Marty and it rubbed off on others in the group. He noticed one of the other widowers in the group really connected to his hope. The other widower had gone to other grief groups and felt like everyone was wallowing with no direction to anew. Marty showed him that you could make the shift to learn how to live with grief.

As the first holiday season without Diana drew near, Marty felt the upsurge of loneliness. At Vanessa’s invitation, he attended the bi-annual Hospice Care of the West Memorial Service for all of the family members who lost a member on hospice. Each family is invited to bring a picture and memories to celebrate the life of their loved one.

The Third Candle Illuminates Our Memories

On a September afternoon, the sunlight filtered into the Anaheim Community Center where more than 60 family members gathered. A slideshow with music brought to life each person lost over the past year. Debbie Robson, Executive Director for Hospice Care of the West, shared her story of recently losing her mother. Her tears gave everyone permission to openly tell their story too on the microphone.

The tributes ranged from sweet reminiscences to funny memories, but mostly a plea to the audience to remember her or him. Marty felt apprehensive, but received encouraging looks across the aisle from Linda and Vanessa. So, he stood up clutched a framed photograph of Diana and approached the microphone. 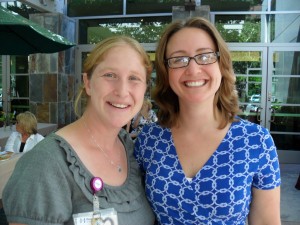 He talked of how his battle for Diana’s life mirrored many of the other families who stood before him and how grateful he was for this moment to bask in the warmth of knowing he’s not alone. Marty extolled Diana as a wonderful mother and wife. He reflected on being lucky to have such a courageous and selfless woman to share his life from their young love to parenthood to grandparenthood.

Caitlin Crommett, the 17-year-old founder of DreamCatchers, a Hospice Care of the West volunteer high school group similar to “Make a Wish”, approached the microphone. She followed the memory sharing by singing a fitting song “For the Good”. The lyrics I know I’m who I am today because I knew you summed up the sentiment of the service that segued into the candlelight ceremony led by Linda. The third candle exemplified the feeling of this community coming together to celebrate life after death.

Marty felt the new normal taking shape in his life that Vanessa and Linda had been talking about since the first day of the grief group.

“The new normal,” he said. “Yeah, my eyes are open, my mind and my heart is open, things going on in my life, a year or two ago, I would’ve never entertained. I never wore a pair of shorts for 20 years. Now, I have three pairs of board shorts. It’s okay to live today and not in fear of tomorrow.”

The Fourth Candle Reflects Our Love Living On

On April 30, the first anniversary of Diana’s death, Marty received a call from a family friend, Tami Mesham. She invited Marty and his family to her home for dinner with her family in Cypress.

“I don’t want to be alone tonight,” she said. “I like to cook so I’m going to do what I do best cook for you.”

Marty gathered with his 34-year-old son, Mark, his daughter-in-law Laura, his grandchildren Brianna and Jacob. He also brought his lady friend, Maryjean Francis.

They dined and reminisced about Diana around the table. After dinner, Marty drew four candles from his pocket and passed one to Mark, Tami and Brianna. As each one lit the candle, he recited the meaning.

Marty lit the last candle that transformed him from a passive observer in a grief group to an active participant in his own recovery.

“This fourth candle is the light of our love,” he said remembering Diana. “As we enter this day, we cherish the special place in our hearts that will always be reserved for you. We give thanks for the gift your life brought to each of us. We will love you always.”

1 Hope Through Healing Publications inspired the Four Candles Ceremony used in the Hospice Care of the West grief group and memorial service.